During our recent vacation in Hawaii, one of the experiences we most enjoyed was the "Sights & Bites" Circle Island tour of Oahu Island. The tour was conducted by Aloha Hawaii Tours and lasted from about 7 a.m. to about 4.00 p.m. Fortunately for us, that day happened to be bright and sunny and we could take in the wonderful scenes that Oahu, Hawaii has to offer. 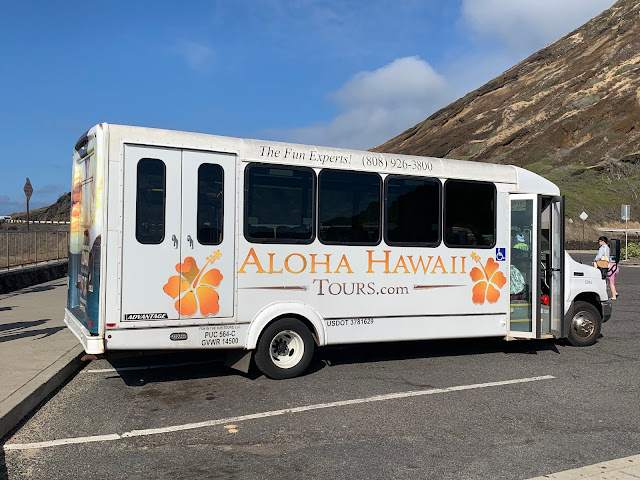 As the tour name suggests,  this tour was designed to expose us to some interesting sights and eats of Hawaii. There were about 20 of us in the coach that day. The first stop was the Amaelia Earhart/Diamond Head Lookout, which was very scenic and beautiful. It is named after the famous aviator Amaelia Earhart who was the first woman to fly solo across the Atlantic Ocean in 1932. She flew solo from Oahu to Oakland in mainland America fin 1934 and is supposed to have flown over the Diamond Head crater so this lookout is named after her.

If that was the first of the sights, the first of the bites was the delicious Poi Glazed Donuts from the famous Kamehameha Bakery  In her blog post, Herb & Lace, Cindy gives us more details of the poi glazed donut! I must say they were really delicious. We had never seen such purple colored donuts before.

We then visited the Halona "Blowhole" Lookout and the Nuuaana Pali Lookout- both provided breath taking views, the memories of which we shall cherish for long! 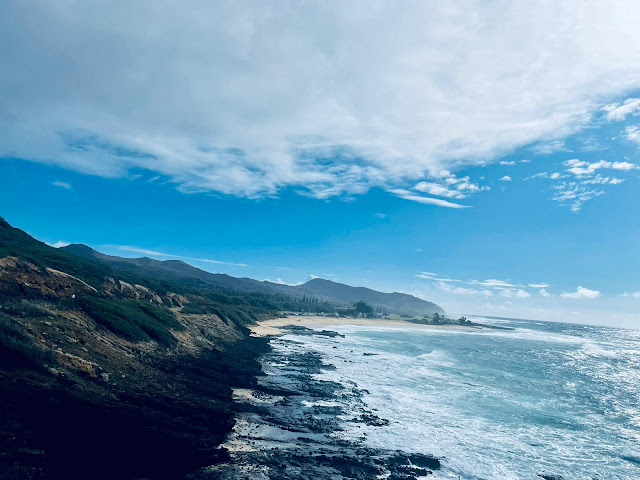 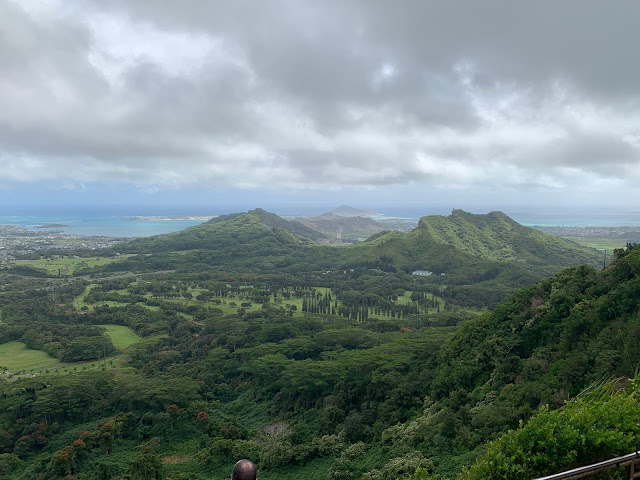 At the Tropical Farms of Hawaii, we tasted different varieties of Macadamia Nuts. We came to know that originally Macadamia nuts came into Hawaii from Australia. We loved the Onion and Garlic variant of the Macadamia Nuts, something we had never tasted before. 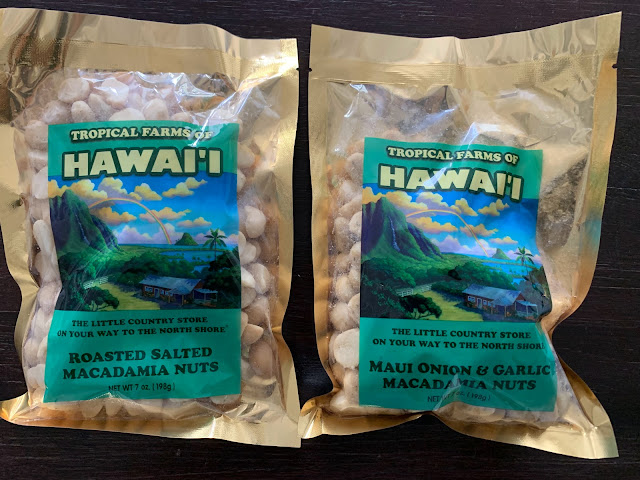 Lunch had been pre-arranged for us at Fumi's Hahuku Shrimp Truck. We had sent in our orders in the morning itself and they were all ready for us when we reached there. The Spicy Garlic Shrimp we had chosen was truly lip-smacking. This was served with sticky rice and a side of corn and pineapple. 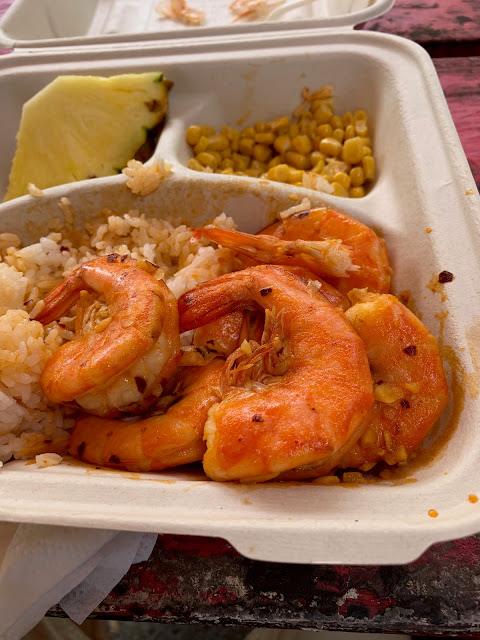 After lunch we had some fresh fruits at the Hahuku Fruit Stand. 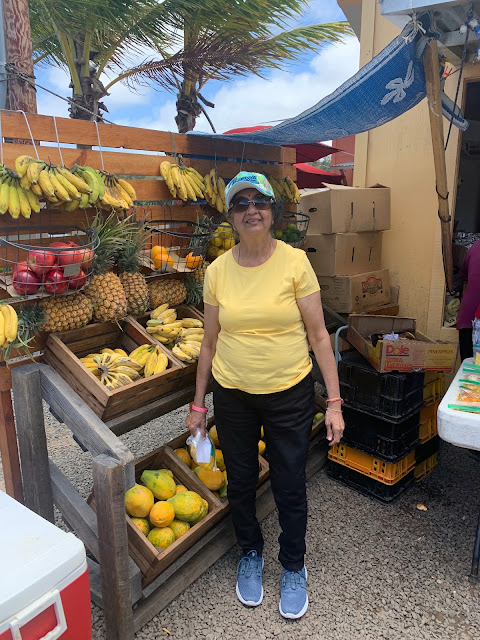 Our next stop after seeing a few more sights was the old town of Haleiwa where we halted to sample the world famous Matsumoto Shave Ice which I have already written about. 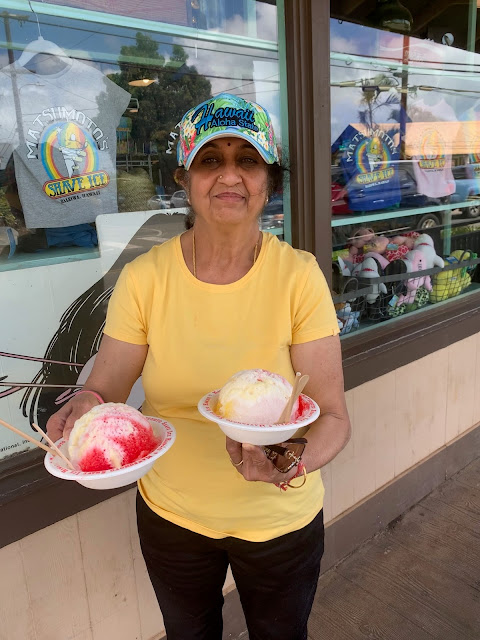 The tour ended with a visit to the famous Dole Pineapple Plantation at Wahiawa which started in 1950 and has been opened to the public since 1989. There are so many varieties of pineapples on view here. Another attraction is the Pineapple Express train which takes you at a leisurely pace all over the plantation. We did not have time on this tour to go in the train, but we had enjoyed the train ride in our last visit to Hawaii in 2019. 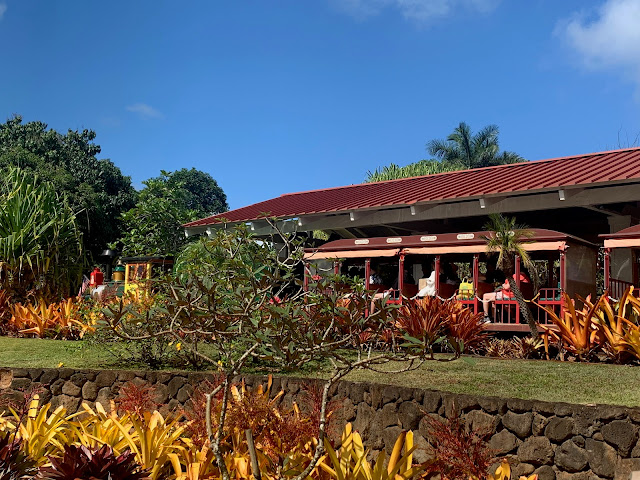 At the end of an eventful day, we were dropped back to our respective hotels

The tour was very enjoyable and gave a good mix of Sights & Bites as promised!